Lee-Anne Stayner, Clinical Trial Nurse, for Janet, whose story you can read here.

“Janet has a rare mutation, and yes, there’s often a better hope of response when you’re matching a treatment to a mutation. But I enrolled close to 15 patients on that study and I had, maybe, two other patients who did well and stayed on for close to a year. There were a lot of patients who didn’t respond. So it’s not like the treatment is fool-proof and everybody is a responder. Janet’s is a real success story.”

Setting realistic expectations is a big part of Lee-Anne Stayner’s job: she’s a clinical trials nurse in the Phase I Program. Of course, she’s responsible for much more than that—patient care, leadership and administration—but this is medical research: Lee-Anne is also responsible for obtaining and documenting informed consent from subjects. And for consent to be truly informed, the expectations must be very clear.

“The doctor talks to them about the study but doesn’t actually get their consent to participate, that’s me,” she explains. “I just try to be frank with people. I let them know it’s investigational, there’s no guarantee and it’s unlikely that there will be any benefit from the treatment … which is hard,” she explains. “You see patients almost wince when you make that statement. But you don’t want people going in with unrealistic expectations and then being unprepared for the possibility that their tumors aren’t going to shrink and their symptoms aren’t going to get better.”
It’s a message every member of the Phase I team understands and delivers carefully: Phase I trials are not designed to benefit the subjects who participate in them. They are the first step in a long journey towards changing cancer care for the better—for the future. Do these clinicians aim to stretch out their subjects’ disease control as long as possible? Of course they do. Lee-Anne recounts the story of an elderly patient who asked her the odds of attending his granddaughter’s graduation a few months after starting his trial. Though no one in the team could (or would) promise it, they were all desperate to see it happen.

As Lee-Anne points out, the dynamics in Phase I are very different to those of curative therapy. “Most of the patients that we see have been in the system for a while,” she explains. “They’ve had a lot of treatment and are familiar with what being part of anti-cancer treatment is all about. That’s changing a little bit now with these immunotherapy drugs—some people are trying these out first, before anything else. But, by and large, our study patients have exhausted standard options. That’s how Janet came to us; her husband had found this trial and I think they saw it as a last chance.”

The two first met when Janet came in to sign her consent form. Not long into the appointment, Janet broke down and started crying. “She was obviously very nervous about enrolling in the study,” Lee-Anne explains. “She’d had chemotherapy already and I think she was very concerned about running into the same side effects she’d experienced before, because they’d been really difficult for her. But, like a lot of patients, she didn’t want to have no treatment.”

They talked for a long time. Lee-Anne learned that Janet had experienced an intestinal obstruction during chemotherapy and had ended up in hospital, believing she would never leave. Lee-Anne drew a red circle around that in her notes, reminding herself to watch for any side effects that could lead in that direction. She didn’t want Janet to feel the same anxiety she had during chemotherapy—and she was in a position to do something about it.

As a trials nurse, Lee-Anne sees the same patients—Janet included—week in and week out. She’s their primary contact, which makes her the gatekeeper when it comes to monitoring adverse events, escalating issues, and coordinating the wider team for consultation. She and her colleagues set patients up on their protocols and administer their treatments. They work to manage any side effects and investigate any problems. If a patient needs an ultrasound, hydration, a blood transfusion, a nurse will schedule and oversee those interventions. “There’s a lot of independence and there’s a lot of decision-making and critical thinking,” she reflects.

“And, of course, much deeper relationships.” 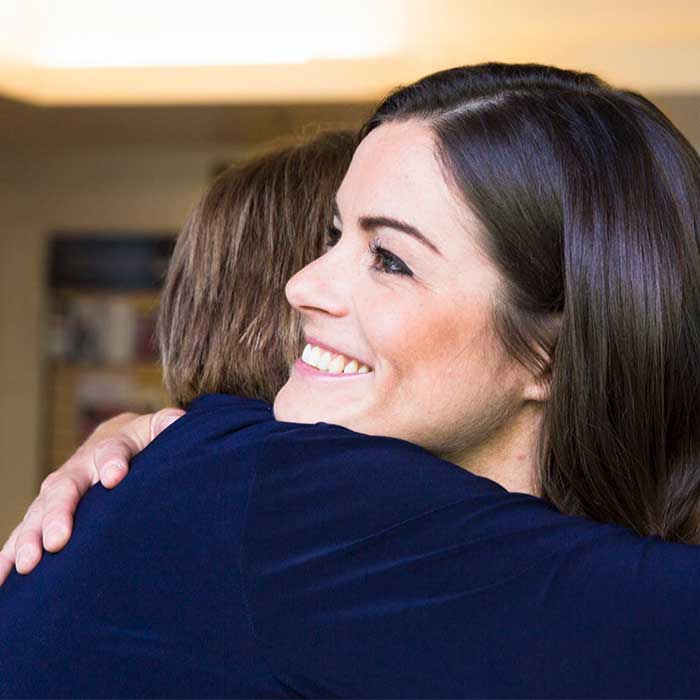 “I worked in the Emergency Department before this,” Lee-Anne says. “It was fast-paced and interesting but I didn’t find that it was very rewarding in terms of the relationships you built with patients—because you didn’t really build them. You saw patients for one shift and you never saw them again. There was no continuity of care, you never knew what the outcome was.”
In contrast, all of the patients in a Phase I trial have advanced cancer. “There’s an enormous effort made to get them screened and treated as soon as possible. If we don’t get them treatments quickly, they may progress. We have administrative staff who do a lot of our bookings, but sometimes a department is a bit behind—it happens—and you have to step in. You just have to get things done in this program, there is no time to wait.”

This bias toward action is built into the Phase I Program itself. And it’s inculcated in every professional who joins the team. When Lee-Anne first started, there were just three nurses. She processed her blood samples in the centrifuge and shipped them herself with FedEx. Today, the Princess Margaret Correlative Studies Group looks after those logistics so that Lee-Anne and her colleagues can spend more time with patients. “There are nine of us nurses now,” she says. “Each is responsible for somewhere in the neighbourhood of 15–20 patients at a time. Our program has grown significantly over the time that I’ve been here, and it’s only getting better as it does.”